There are many flights from different airlines connecting the major cities in China and Qingdao Liuting International Airport.

Usually, you will have a one-stop flight from the major cities from your countries connecting via Beijing/Shanghai/Guangzhou/Chengdu/Hongkong/Taipei to Qingdao.

There are CRH trains connecting almost every major cities in China and Qingdao. Subways will take you to the conference venue from both Qingdao Station and QIngdao North Station.

Travel from Qingdao to Wuhan for QM:

There are 3-4 domestic flights everyday from Qingdao to Wuhan from Nov.1st to 3rd. About 2.5 hours flight time.

There are 4 CRH trains from Qingdao to Wuhan everyday. About 8 hours train time.

The transportation between conference venue and the airport/train station can be found below.

From Airport to Fuxin Hotel: 31km

Fuxin Hotel is the destination of Line 701 airport shuttle, the bus arrives at the yard of hotel.

The Ticket Booking Station is near Arrival's Gate 2 (First Floor), then you can go out of Gate 2 to take bus, Line 701 should be in front. 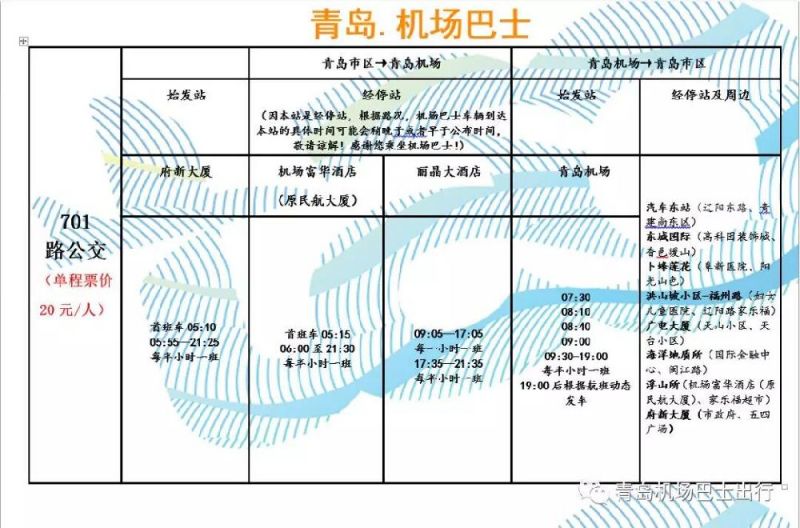 From Train Station to Fuxin Hotel:

From Fuxin Hotel to Airport:

From Fuxin Hotel to Train Station: